The Delhi High Court on Wednesday, May 11, has delivered a 1:1 split verdict on the issue of criminalisation of marital rape, saying that the matter will have to be considered by the Supreme court of India. The two-judge bench of justices Rajiv Shakdher and C Harishanker gave dissenting opinions on the issue of whether the exception granted to the sexual acts done by a husband on his wife can be considered valid under the Constitution.

While Justice Rajiv Shakdher struck down the Exception 2 that protects men, who have forced non-consensual intercourse with their wives, from criminal prosecution under Section 376 IPC, Justice C Hari Shankar disagreed saying that the exception doesn’t violate Article 14, 19 and 21.

Reading out his conclusions, Justice Rajiv Shakdher held: “The impugned provisions insofar as they concern the husband having sexual intercourse with the wife are violative of articles 14, 19, 21 and therefore struck down.” In contrast, Justice Harishanker noted that the exception was “based on intelligible criteria” and could not be said to violate the right to equality, freedom or right to life.

The court has now granted leave to appeal before the Supreme Court and noted that at least two other high courts have given their opinion on this issue. Both judges also noted that the issue involves a “substantial question of law” and therefore would have to be considered by the Supreme court.

Day-to-day proceedings in the highly contested issue began in January this year after the first petition challenging the constitutional validity of the law was filed in the court seven years ago, in 2015. Men’s rights organisations have filed counter-petitions opposing the criminalisation of marital rape on various grounds. The Supreme Court interfered with Exception 2 of Section 375 IPC but only to the extent that it protected husbands from prosecution if the wife was not below 15 years. The Court read down the exception clause to hold that a wife must not be below 18 for the immunity to operate. It clarified that no opinion was being rendered on the issue of marital rape.

Now with the split verdict of the Delhi HC on the issue, the matter will be heard by the Supreme Court of India. 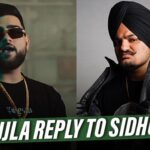 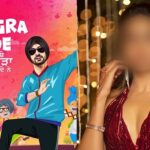