Delhi police on Wednesday has announced a cash reward of Rs 1 Lakh for the arrest of Punjabi Actor Deep Sidhu who is actively participating in the ongoing farmer’s protest. Deep has been accused of instigating the farmers to storm on the Red fort on 26th January.

Other than that, police has also told that they are also looking for Jajbir Singh, Buta Singh, Iqbal Singh & Sukhdev Singh and have announced Rs 50000 cash prize each on providing any information or details of their whereabouts. Till date police has registered 44 FIRs and have arrested a total of 122 people in connection to the violence during tractor march.

Interestingly, Deep Sidhu has been away from the scene ever since the violence erupted in the capital city and has only been addressing the public through his social media accounts from undisclosed locations. Delhi police are conducting multiple raids in Delhi as well as Punjab to look for the accused involved in the violence on republic day.

On Jan 26, breaking the designated route hundreds of tractors and protesting farmers entered delhi and holding tricolor, union flags, felled barricades, clashing with police reached The Red fort and allegedly raised “Nishan Sahib” on the empty flagpole. Farmers have been protesting the repeal of farm laws and multiple rounds of discussions with the govt have only been futile.

Also Read: Are You Sharing Akshay Kumar’s Video About Farmers, Beware Its Fake 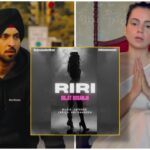 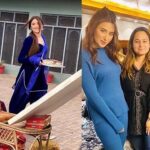