The nation’s capital Delhi is making serious news headlines as its air quality is continuing to be in the ‘severe’ category. The extremely hazardous air quality in Delhi has forced the Delhi government to take some necessary actions. And on the other hand, netizens have hilarious reactions to the serious problems. Twitter is flooded with memes on Delhi’s pollution and we have collected a few in this article.

But before we head towards the viral memes, let’s know some more details about the hot issue. The Delhi CM announced to shut off all the primary schools on November 4. He stated, “We’re taking all steps to control the pollution situation. In lieu of that, we’re shutting down all primary schools in Delhi from tomorrow. They will remain shut till the pollution situation in the national capital.”

In a joint press conference with Punjab CM Bhagwant Mann, Arvind Kejriwal said, “Air pollution is a north India problem. AAP, Delhi government or Punjab government are not solely responsible. Now is not the time for blame games.”

While some people on the internet are expressing their worries and tension about the problem, there are some who have funny reactions and ways to highlight the issue.

Have a look at some of the trending memes on Delhi Pollution here;

The capital’s government is busy working on resolving the issue and cause of the severely bad air quality in Delhi. 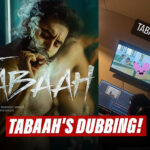