On Friday, the weather stations at Jafarpur and Mungeshpur had recorded maximum temperatures of 45.6°C and 45.4°C, six notches above normal for this time of the year, whereas Delhi’s Pitampura also reeled under heatwave conditions, recording a maximum temperature of 44.7°C. A ‘yellow’ alert has already been issued to caution people about a heatwave on Sunday.

The IMD uses four colour codes for weather warnings – green (no action needed), yellow (watch and stay updated), orange (be prepared) and red (take action). Though, as per the prediction, cloudy skies and thunder may provide some relief from the intense heat next week. This is the fifth heatwave in the capital this summer. Delhi had recorded its second hottest April this year since 1951 with a monthly average maximum temperature of 40.2 degrees Celsius. A heatwave at the month-end had sent the mercury soaring to 46 and 47 degrees Celsius in several parts of the city.

“The temperature on Friday was almost similar to Thursday. However, Najafgarh crossed the 46-degree mark. According to the forecast, Saturday is expected to record the highest maximum temperature compared to Friday and Sunday. From Monday, Delhi will witness cloudy skies and thunder, which will bring down the maximum temperature to 41-42°C,” said RK Jenamani, senior scientist at IMD. 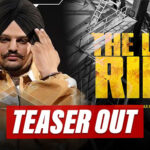