The much loved song ‘Desires’ from AP Dhillon, Gurinder Gill and Shinda Kahlon’s last released album has been removed from the video platform, YouTube. It was one of the most liked songs from the album ‘Hidden Gems’ and had over 3.5 Million views on the video streaming platform.

The song was rounding all over when sudden removal of the song from Youtube was noticed. A copyright claim by a man named ‘Sandeep Bhullar’ was made which resulted in the removal of Desires.

It has been just a few weeks since the trio’s album got released and ‘Desires’ was among the songs which got instant love from the audience. But now the unfortunate news has made the fans curious to know what made ‘Sandeep Bhullar’ claim a copyright on the audio of the song.

However, none of AP Dhillon, Gurinder Gill and Shinda Kahlon has yet reacted to this news and the removal of their 1 among 6 songs from the album. Furthermore, no whereabouts of the copyright claimer, Sandeep Bhullar, are known yet, what we know is Desires is not on Youtube as of now.

There is nothing else but to be anxious about the situation until anyone of the team and the claimer releases an official statement for the removal of Desires from Youtube.

No official video of Desires or any other song from the album was out yet, only the audios of the songs were being garnered with so much of love by the audience. 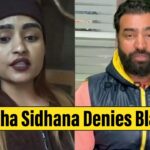 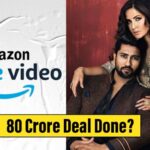