Last year, Jimmy Sheirgill and Dev Kharoud had announced “Shareek 2” and were all set to make their return to Pollywood cinema. The movie was supposed to be released last year in July. However, it got postponed due to the sudden pandemic Coronavirus. But now the cast and crew is finally back with the film again.

Dev Kharoud is super excited to share the screen space along with Jimmy Sheirgill. As recently the actor shared the picture from the audio studio and has started for the upcoming blockbuster. Now after the director of the film Navaniat Singh posted a picture with the team and wrote, “Love the way sound work in film’s….and becomes more satisfying with talent like Dev Kharoud”

It seems like the dubbing process is also completed and the makers of the film will be announcing the new releasing date soon.

Meanwhile, Navaniat Singh has directed this film whereas it is being produced by Vivek Ohri, Gunbir Sidhu, Manmord Sidhu, and Daljit Singh Thind. The film has been written by Inderpal Singh. Fans are fascinated to witness Jimmy Shergill and Dev Kharoud first time together on the big screen. 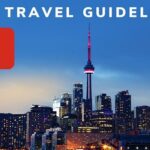 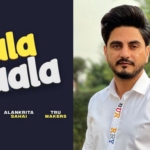