Punjabi actor Dheeraj Kumar seems to be on a roll. Just a few days back he shared some pictures of clapboard which shows his upcoming projects and now he has taken to his social media handle to update his fans with the same.

Dheeraj Kumar who is known for his roles in movies like ‘Rocky Mental’, ‘Ik Sandhu Hunda Si’, and more, has shared the first look from his upcoming film ‘Kala Shehar’. Directed by Navneet Kaur Drall, the movie is a Naresh Singla production. The actor who so far has been seen doing some serious roles seems like he chose this genre again.

Sharing the picture of the clapboard, he wrote – ‘Coming Soon- Kala Shehar’. The actor is seen in a very intense look and seems like he will be having some shady scenes too. Dheeraj donned Kurta Pyjama with casual slippers.

Take a glance at his first look from ‘Kala Shehar’:

Kumar always shares some BTS and pictures from the set which drops a clue about his genre. And now he hinted that it’s a serious drama. Also, his look had been marked by the audience and they couldn’t wait to see him on the Silver screen. 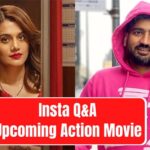 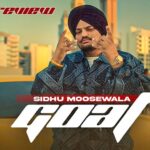