AP Dhillon slowly built himself and became the favorite of thousands of fans. He is not only an amazing singer, but also a great lyricist. His songs not only rocked the music charts in India but also achieved heights at the international market as well.

And it looks like he has recently dropped a hint about the release of his upcoming song release.

AP Dhillon has updated his Instagram profile with a recent post in which he shared two pictures with fans.

And in the caption, he dropped a date and wrote ’23-06-21′. But he did not reveal any more details about the same.

Other than AP Dhillon, singer and songwriter Gurinder Gill and Shinda Kahlon also shared posts on their Instagram account in which they also shared the same caption i.e. 23-06-21.

No matter whatever it is going to be, the fans are surely going to love it. The fans are excited about this surprise on their way.

The trio of AP Dhillon, Gurinder Gill and Shinda Kahlon has already rocked together in various projects like Insane, Faraar, and the most popular Brown Munde.

Since they are coming back once again, it’s going to be an amazing experience for the fans.

We are already very excited about it and waiting for 23rd June. Let us know if you’re feeling the same? Do you think the unrevealed upcoming song is going to break previous records of the trio?

READ | Ap Dhillon Clicked With Rapper Nas, Is A Collaboration Cooking Up? 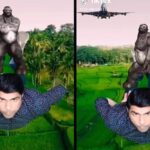 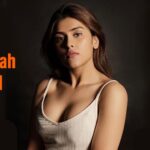