The entry of many Punjabi artists in Hindi movies has certainly been an encouraging factor for other actors from Pollywood, as their film industry is commonly known to look towards making their mark in Bollywood as well. Also, it is the fact that Punjabi films have been doing extremely well in the last couple of years and have come under the radar of Hindi filmmakers who are scouting for new talent there.

Now joining the league, Punjabi singer turned actor Ninja has dropped the hints for his audience for marking his debut in bollywood. The singer shares a story where he was seen travelling but when he reached outside the office of Yash Raj Films, he took to social media and shared the same with his fans. YRF is one of the leading film productions in bollywood. There are innumerable hit movies made by the and now this post has raised the bars of excitement among fans.

And as we all know after receiving a filmfare award from his punjabi debut movie Channa Mereya, we can surely expect something tremendous this time. Also, a couple of months ago, Ninja tried his hand in a new dimension. As the singer has released his first-ever Hindi song titled ‘Satane Lage Ho’. The title of the song is self-explanatory, it is a sad romantic song, aimed at tugging at the heartstrings in no time.

Meanwhile, on the cinematic front, Ninja has a couple of projects lined up for him.
‘Good Luck Jatta’ with Rubina Bajwa and ‘Fer Mamla Gabdad Hai’ with Prreit Kamal. An update on the release date of each of these movies is awaited. 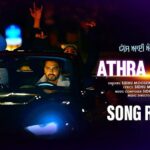 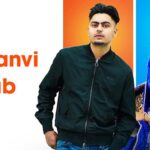