Prem Dhillon and Rami Randhawa have been making headlines lately. Rami Randhawa’s name has been surrounded by a controversy and his latest song ‘Remand’ seems to be the next step in it. The song seemingly has a hidden reply to Prem Dhillon in the lyrics.

Prem Dhillon’s song ‘Badmashi’ has been the cause of all the controversy. Prem Dhillon mentions about him being equipped with Russian weapons in the lyrics of the song Badmashi and a line in the recent song by Rami Randhawa seems to be a reply to that. The controversy started when Rami Randhawa and his uncle, Kuldeep Randhawa came live on Instagram and called out Prem Dhillon and Sidhu Moosewala for copying his song ‘Badmashi’.

Moon Bound: Prem Dhillon Announces Next Track In Collaboration With Bir Singh, To Be Released Soon

They asked Prem to delete the song from Youtube as it was copied. If not, they threatened to move to the court and take legal action against the artists. Ever since the singers have been surrounded by a controversy. The public even blamed Rami Randhawa and his uncle for lying about ‘Badmashi’ being originally his, but to answer all the questions, they added an original clip at the end of ‘Remand’ video.

Kuldeep Randhawa can be seen singing Badmashi which sounds completely like Prem Dhillon’s song. Before the release of ‘Remand’, Rami Randhawa had already given a hint that it was going to be a shot at Prem. In the caption of the official announcement post of the song, he mentioned the words ‘Shah Ji’.

Shah Ji is the name of a popular song by Prem Dhillon. Rami Randhawa writing ‘Shah Ji’ in the caption felt to the public like a message to Prem Dhillon. It’s been almost a year since the beef has been going on and it does not feel like the artists are in a good equation even now!

Rami Randhawa’s name has also been surrounded by controversies previously. His beef with Elly Mangat especially became very popular and Elly was even arrested by the Mohali Police. The legal case on Elly is still going on. Both the artists came live to Instagram and started firing shots at each other and even planned a meet-up at Sector-88, Mohali . And once again, the singer is in a controversy with Prem Dhillon this time. 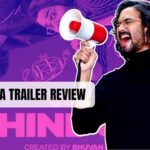 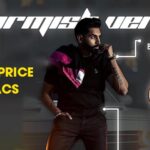