A popular name in South Indian Cinema, Yash who is known for his blockbuster film KGF has not only a fan following in Tollywood but in Bollywood too. His Bollywood debut was anticipated by many fans. But very few people know that the actor was offered a lead role in a Bollywood film titled ‘Laal Kaptaan’ too, but he rejected the offer and later the makers cast Saif Ali Khan in the pivotal role.

According to the news portals, Laal Kaptaan which was released in 2019 was first offered to Yash, but the actor renounced the film. The actor was offered the lead role in the film that was eventually portrayed by popular actor Saif Ali Khan.

Talking about this period drama film, it is full of action thriller elements that are co-written as well as directed by Navdeep Singh. Produced by Eros International and Aanand L Rai’s Colour Yello Productions, the film features Saif Ali Khan as a bounty hunter who goes on a killing spree to revenge upon a Subedar, who is also chased by the Marathas ever since he double-crossed them.

The film also stars Manav Vij, Zoya Hussain and Deepak Dobriyal. Set in the late 1700s, the film did not accomplish well at the box office.

Furthermore, Yash is currently stealing the headlines for the release of the sequel of the KGF franchise. Along with Yash, the film also stars Sanjay Dutt and Raveena Tandon in vital roles.

The filmmakers have been postponing the KGF release due to the owing pandemic, as they hope fans will experience the thrill on the silver screen when the theatres in every state are fully open and running successfully. 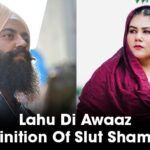 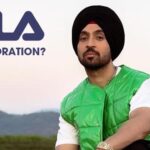