Happy Raikoti has an image of being one of the most non-controversial artists in the industry. He’s been in the music industry for so long yet we’ve never heard of his beef with another artist. On the other hand, Sidhu Moosewala is one name that is often surrounded by beefs and controversies.

One of Sidhu Moosewala’s songs, El Chapo, got leaked on youtube last year. Even the leaked version became an instant hit and the track was loved by fans. But one stanza of the song did upset many fans. In the last stanza of the song, Sidhu seemingly takes a dig at lyricists Happy Raikoti and Narinder Batth.

The fans of the three artists got indulged in online spats. It felt like a beef had started taking off between Happy Raikoti and Sidhu Moosewala. But then Happy Raikoti talked about the issue to clear the air. The singer-lyricist revealed that though Sidhu had taken a dig at him, the song was written in 2015. He also added that Sidhu Moosewala personally called him to tell him that he did not want any beef with him and the song was written in 2015.

Taking everything very sportingly, Happy Raikoti cleared that he did not feel bad when Sidhu mentioned his name in the song. He first met Sidhu after the success of ‘So High’ and personally congratulated him. Sidhu had even played Happy’s song ‘Zamana’ on his Snapchat stories. So very clearly there is no hate in both of the artists. Rather Happy reveals that he is proud of Sidhu as he’s taken his name and Punjabi industry to a global level.

Narinder Batth also spoke about the issue in an interview and revealed that the line was included in the leaked version but in the official song, there are no such lines.

It is good to see that despite those lines, no artist took them personally and supported Sidhu. Sidhu too called Happy Raikoti to feel sorry which just shows what an amazing person, along with amazing artists, all of them are.

READ | This Is How The Superhit Duo Sidhu Moosewala-Prem Dhillon Met! 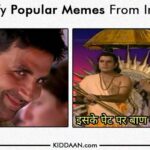 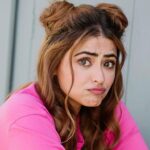