We all dream of becoming something in our lives. Some of us achieve our childhood dreams while some tend to change their paths as they discover new things about life and themselves on this journey. Just like we all had childhood dreams, Sidhu Moosewala’s was to join the Indian Army.

Today, the world recognizes the name Sidhu Moosewala as one of the biggest artists ever from the land of Punjab. Sidhu has played a big role in making Punjab’s regional music industry go global. However, things could have been different had he pursued his childhood dream to join the Indian Army.

Sidhu Moosewala also explained about finally deciding to become a singer and change his path. The artist said that when he was in college he discovered his singing talent. He found something he was really good at that he didn’t know when he was a child. Sidhu also added that during his childhood times, he had a different attraction to the Army uniform.

He adored the Army uniform and Army Men, and that is what made him decide he wants to join the Indian Army, until he discovered things about himself and here we are today, listening to Sidhu Moosewala tracks everywhere, all the time. It would have been really interesting how Punjabi Music Industry and Sidhu Moosewala’s life would have turned out if he had pursued his army endeavours. 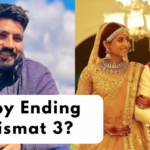 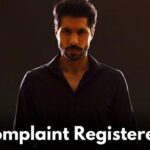