Sargun Mehta and Ravi Dubey are known for giving out a couple of goals now and then. Their every post simply paints the town red. They both never miss a chance to make their fans jealous and give major relationship goals.

Ravi cannot see her all heartbroken and abandoned, so the actress’s husband never watched a music video of her super hit song Qismat. Also, after a one-time watch of the movie Qismat, he hasn’t watched it again.

In an interview, Sargun revealed that she was so devastated and emotional while reading the script of the movie, in fact during the dubbing session, she couldn’t stop herself but felt wrecked.

And during the premiere of Qismat; not only Sargun but Ravi Dubey, Ammy Virk and the audience were crying. Ravi asked her that if she will recover in the movie then only he will watch otherwise he will leave the theatre. She did not disclose and at last everyone gets overwhelmed including Ravi, who can’t control himself and cries out.

No doubt Sargun’s work in the movie Qismat is admirable and everybody should watch to know how great an actor she is. But in this case, Ravi can definitely be the oddity and aware of the talent of his better half.

This story is beautiful, emotional and equally heart-melting too. We believe the couple is truly blessed to have each other by their sides. And they have really set the standards of love high. 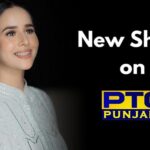 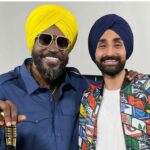