Diljit Dosanjh, the acclaimed and most-loved superstar of the Punjabi music and film industry has some amazing projects in his basket. The actor has recently wrapped up the shooting of the upcoming biopic on the life of Jaswant Singh Khalra.

The actor took it to his Instagram account to announce the news. He even stated that this film has been the most challenging and toughest role in his career. With this, he also shared a picture of him in which he is seen dressed in character.

While the movie’s wrap up news was already making rounds on social media, an update on the same made it even more special. If you have been a fan of Jagjeet Sandhu, then you’ll be overjoyed to know that he too is a part of this special project.

The Diljit-Jagjeet collaboration has been confirmed following a comment by Jagjeet himself. Under Diljit Dosanjh’s shooting wrap up post, Jagjeet dropped a comment praising and appreciating Diljit’s performance in the film. Jagjeet wrote,

And to this, Dosanjhwala replied by sending love and wishes to Jagjeet and expressing the wholesome experience he had while working with him.

There is no doubt in the fact that both Diljit and Jagjeet are two gems of Punjabi Industry. And not only in Punjab, they have also proved their worth in Bollywood too. Now when they are coming together for this awaited and big project, the fans are super excited and waiting for the official announcement of the film.

The biopic of Jaswant Singh Khalra has not been announced yet, but the makers have confirmed its meaning. It has been directed by popular Bollywood director Honey Trehan who has made movies like Sharmaji Namkeen and more.

Talking about Jaswant Singh Khalra, he was a prominent Sikh Human Rights Activist, who died on 6 September, 1995. He was allegedly abducted from outside his house while washing his car. Former Punjab Police Chief, Kanwar Pal Singh Gill, better known as KPS Gill was blamed to be the conspirator of the abduction. Later, Six Punjab Police officials were sentenced to seven years of imprisonment for Khalra’s abduction and murder. The sentence of four accused was later increased to life sentence.

You can know more about him here.
And coming back to Diljit Dosanjh, apart from the biopic of Jaswant Singh Khalra, he is also making headlines for his upcoming Chamkila biopic. Imtiaz Ali is directing him for the project in which Parineeti Chopra will be seen opposite him. 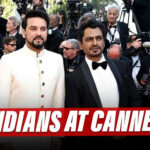 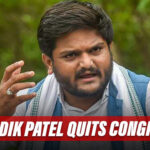