Here we have really good news for all the filmy buffs reading the story. Just like you all, we have also waited for some great entertainment. And, we believe you will be really happy to know, the much-awaited film, Jodi starring Diljit Dosanjh and Nimrat Khaira is going to hit the theaters soon, which was set to release on 26th June but the release was postponed to due global lockdown.

Yes, the makers of the film have officially announced its release on various social media platforms. Director and screenplay writer of the film, Amberdeep Singh has shared the poster of the film on his Instagram & Facebook account. He wrote the trailer of the film is getting ready, and this film will be released immediately after the lockdown ends. He also thanked Diljit Dosanjh for his being a part of the film.

Jodi is a romantic-comedy film, produced by Amrinder Gill, Karaj Gill and Diljit Dosanjh. We really hope this film wins the hearts of the audience because it is a lot of hard work. It’s surprising to know that Amberdeep started to work on this film in 2011, and here we are looking forward to its release in 2020.

We wish the film and the team very good luck and we are really looking forward to it. 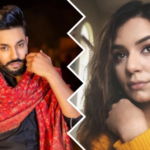 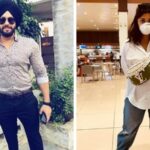