Big news for both, Punjabi cinema and music fans. The film Jodi is not only going to be a treat for movie fans but also for hardcore Punjabi music fans. In an Instagram live session with Naresh Kathooriya, the director of the film, Amberdeep Singh, finally revealed that the film Jodi will have 16 tracks in it.

This makes Jodi the second Indian film with the most number of songs, only behind 1932-released ‘Inder Sabha’, which had 70 songs in it. In addition to beating Bollywood films, this also makes Jodi the first-ever Punjabi film to have 16 songs in it.

For long, guesses were being made around the number of songs in the film Jodi. One of the fans had asked the lead actor Diljit Dosanjh in one of his Instagram Q&A sessions about the release date of the much-awaited film and Diljit had let some information go in his reply.

The superstar had revealed that the film will have 10-15 songs by UK-based Punjabi music producer, Tru Skool. However, he did not reveal the exact number.

The film Jodi is undoubtedly the most awaited Punjabi film ever. The hype around the movie has grown so much that it is now becoming impossible for the fans to wait for it. It is expected that Jodi will now soon be released since the Punjab government has now lifted the ban on theatres. 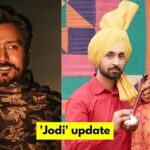 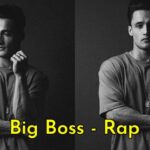