Diljit Dosanjh was already a popular superstar in Punjabi Film and Music Industry, and now is the time he is shining bright in Bollywood too. He recently released the poster of his upcoming Bollywood movie on his Instagram account, in which he will be seen sharing screen with Fatima Sana Shaikh and Manoj Bajpayee.

The trailer of the film is already out on YouTube, and the film is set to hit the theatres on November 13.

Based on 90’s storyline, where Diljit and Fatima will be seen portraying a couple to be married soon, and Manoj Bajpayee as a wedding detective who is appointed by the bride’s family to keep an eye on the groom.

The characters seem to be super interesting and because Diljit is specially known for his exceptional comic timing, we are expecting a lot of humor in the plot as well.
Directed by Abhishek Sharma, this film is the one which has got the attention of many. We are really excited for this, let us know if you’re too 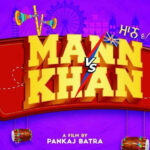 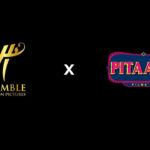