Diljit Dosanjh and Intense are undoubtedly one of the most successful singer-producer duos in the Punjabi Industry right now. The two have now worked on a bunch of songs, all of which have turned out to be superhits. They are once again ready for a blast on 24 December, 2021!

Intense uploaded an Instagram post on his official Instagram handle, posing with superstar Diljit Dosanjh, and made the public song announcement. Another news to cheer for Punjabi Music fans is that Chani Nattan has penned down the song. The trio was last seen in the track ‘Umbrella’ which was one of the biggest hits of 2021.

Now, they are ready for another track. This announcement has come off as a surprise for the fans. There were no teases or probably hints. Though, we knew that they were working on a big song together but nobody had any idea it was going to be released so soon. “Holiday Surprise” as Intense wrote in his caption.

Chani Nattan also uploaded a story with Intense and Diljit Dosanjh and announced that the success of Umbrella had brought the whole team together once again. They have also chosen the date, 24 December pretty smartly. Christmas Eve is undoubtedly the best day to drop such huge surprises!

The Umbrella team coming together has already made the audience excited for ‘Unforgettable’. We hope the song becomes Unforgettable for us when it releases. Diljit is a name that has never disappointed us. Let’s wait for the date to arrive and the trio to blow away our minds. 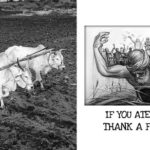 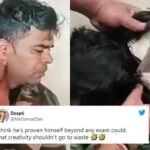