What was the thing that Diljit Dosanjh Lovers had been missing for months? It was the videos of him cooking in his favourite place, his kitchen. He has entertained us throughout the lockdown with some amazing moments in the kitchen, sometimes cooking ‘Bhindi Do Pyaaza’ and sometimes preparing ‘Kukdu Kukdu’ aka chicken and many more such eating stuff.

But what was the most interesting thing in seeing his social media stories of him cooking. It was his commentary and witty comments during the preparation of food, which forced us to watch his videos regularly. He used to tell the recipe of everything he prepared in a funny way that none gets bored of him watching and even learn how to make that particular dish. Because of his busy schedule and shootings, he was away from the kitchen but he is now back in his favourite place and shared a video in which he is seen cooking ‘Kukdu Kukdu’ aka chicken again.

His love chat with Alexa got very famous during the lockdown as he was spotted being romantic with it. While adding the ingredients, he again caught sight talking to her beloved, Alexa where he asks her whether she knows her friend Siri and informs her that his film ‘Honsla Rakh’ is releasing on 15 October.

Diljit’s commentary, humorous and witty comments made us laugh hard while watching his stories. We wish he prepares another type of Kukdu Kukdu and other edible stuff too so that we find something new to cook and adore him more while he has a chat with Alexa.

Meanwhile, on the work front, Diljit Dosanjh is coming up with a film, Honsla Rakh which also stars Sonam Bajwa, Shehnaaz Gill and Shinda Grewal opposite him and is releasing on 15 October, 2021. 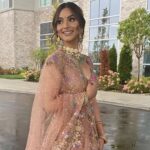 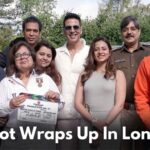