Diljit Dosanjh shared some pictures on his social media a few days ago. The photos revealed that Diljit Dosanjh was shooting for a song with none other than world-renowned Canadian rapper, Tory Lanez. While it is undoubtedly a big deal for the Punjabi industry, you will be surprised to know that this is not the first time a Punjabi artist is collaborating with Tory Lanez.

It was Garry Sandhu, Tory Lanez’s first Punjabi collaboration. The two artists collaborated on the song ‘100 Percent’ released almost 3 years ago. The music for the song was produced by Dr Zeus and the song also featured Roach Killa along with Tory Lanez. The music video of the song, done by Prisma Media & Unit 11, also featured Wamiqa Gabbi as the female lead.

The song became a party hit when it was released and currently has about 10 million total views on Youtube. The audience applauded Garry Sandhu at that time for bringing an artist like Tory Lanez on a Punjabi track and called it an amazing achievement for the industry. Now, once again, the collaboration is going to happen but this time with Diljit Dosanjh.

Speculations are that the song is going to be included in Diljit’s upcoming EP, Drive Thru. As of now, not much is revealed regarding the song but rumours also say that the music has been produced by Ikwinder ‘Ikky’ Singh. The audience is really looking forward to this new EP from Diljit and the fact that we could hear a Tory X Diljit track just makes the EP even more worth the waiting. 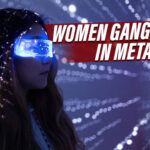 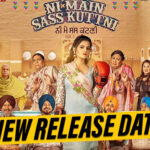