We are nearing the release of Diljit Dosanjh’s career’s one of the most important projects, music album Moon Child Era. Few days ago, the artist finally broke the silence on his album and ended the months-long wait. The audience had been waiting for him to announce the release date of the album and Diljit, through an Instagram post, announced that the album will be releasing officially on 22 August.

To begin with, the Intro of the album, titled ‘The Chosen One’ as revealed earlier by Diljit Dosanjh, will be officially dropped on 19 August. And this will mark the beginning of the album. Following the intro, Diljit will come live on Facebook and have an interactive session with his fans on 20 August.

The very next day, 21 August will mark the opening of the album with the first song of the lot and finally on 22 August, as announced, the whole album will be dropped altogether. The update was given by Diljit Dosanjh through a tweet on his official Twitter handle.

This puts an end to the audience’s anticipation that had been going on for months. Since Diljit announced he was coming up with an album, we all have been waiting for it. The excitement has doubled now that we know how much longer to wait! It is just a matter of days and the most awaited project of the year and of Diljit’s career will be in front of us. 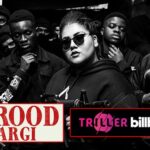 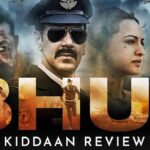