Celebrated Punjabi artist Diljit Dosanjh will soon release his most awaited album ‘Moon Child Era’. The singer took to social media a while ago to mention the launch of his new album. The album will surely garner huge attention as Diljit has left no stone unturned to create hype among the fans with his various BTS pictures and videos from the shoot of his album.

Other than this, he was making headlines as his Instagram started showing some disturbances. His followers kept decreasing and went to zero.

But today his fans have spotted an amazing thing on the singer’s profile. Diljit’s following is raised up to ‘one’, as he follows International rapper Meek Mill.

Meanwhile, Meek Mill is known to many Punjabi audiences. Earlier he was rumored to collaborate with Punjabi singer Sidhu Moosewala. And now it has been speculated that Singer turned actor Diljit Dosanjh might be seen with rapper Meek Mill in his upcoming album ‘Moon Child Era’.

Not only Meek but Diljit has been assumed to collaborate with many international artists in ‘Moon Child Era’. As day by day he is hitting the news of being captured with one or the other Hollywood artist.

It seems that Diljit Dosanjh has planned something really big for his fans this time. Further, his fans are also eagerly waiting for the release of his movies – ‘Jodi’, ‘Honsla Rakh’ and ‘Ranna Ch Dhanna’. 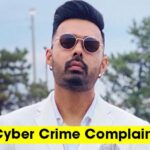