A fight between Diljit Dosanjh and Kangana Ranaout over twitter, well that’s not a new thing but is always interesting.

Diljit announced RIRI song which is dedicated to Rihanna on social media:

Diljit Dosanjh made this song on Rihanna as she supported the farmers protests in India, and after that many other social media influencers and activists have come forward on twitter to back her.

The song was written by Raj Ranjodh and Music by Intense, with Diljit on vocals. “Riri” was made in no time and social media was instantly buzzing.

Kanagna Ranaot who is often commenting on Diljit Dosanjh and their fights give enough content to tabloids, took to twitter and write this

While it’s to be debated if Two needed to get into the fight as people feel it usually distracts the attention of the entire media.

We will keep you updated on this. 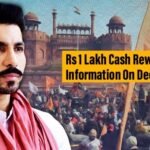