Dilpreet Dhillon has always surprised us with his amazing songs. He is known for his peppy beats numbers that can make anyone dance. Now the singer has again created a buzz of excitement among music lovers as the singer is all set to burst the music charts with an upcoming banger.

And this time he is teaming up with none other than Jhinjera Da Munda aka Kulbir Jhinjer. The news has been shared by Dilpreet through his official Instagram handle. He posted a story with Kulbir and wrote ‘U GUYS READY??’ The duo shared the first look from the video which gives all the reason to raise the bars of excitement.

As among the various collaborations getting lined up, the Punjabi favourites Kulbir Jhinjer and Dilpreet Dhillon are all set to join the league very soon. After these artists were spotted together recently, it made rounds among the fans to expect that a fire collaboration is on its way to amaze people.

Coming to the credits, the song has been penned and composed by Narinder Bath. Further, the music will be given by Desi Crew. Meanwhile, the two have made the audience dance to the beats of their songs which is why everyone wishes for this collaborative song to be released soon. 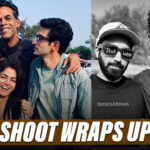 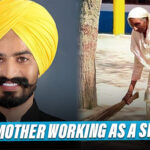