The much awaited and delayed Hollywood film Tenet is now all set for its release. The film will be released on 4th December 2020 in India, available in English, Hindi, Tamil and Telugu. Dimple Kapadia took it to her daughter Twinkle Khanna’s Instagram account to share this news with her fans.

She has been casted in the film with some other international actors including Robert Pattinson, Elizabeth Debicki, Martin Donovan, Fiona Dourif, Yuri Kolokolnikov, Himesh Patel, Clémence Poésy, Aaron Taylor-Johnson, with Michael Caine and Kenneth Branagh, whereas John David Washington will be seen playing lead role.

In the video shared, Dimple said, “The wait is finally over. I’m extremely delighted to announce the release of Christopher Nolan’s Tenet on the 4th of December all across cinemas in India. It has been an honour for me to be associated with this project. The film has some spectacular action sequences, turns and twists that you can best enjoy only on the big screen”

Tenet is written by popular British writer, director and producer Christopher Edward Nolan who will also direct the film. 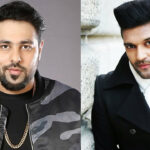 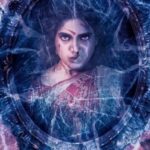