Famous Pollywood director Aditya Sood, who has some of Punjabi cinema’s biggest hits to his credit, has announced his very own production house. The all-new venture has been named ‘Adityas Group’ after its owner. Aditya Sood is mostly recognised for his direction work in the movies ‘Oye Hoye Pyaar Ho Gaya’ and ‘Teri Meri Jodi’.

He called the house their very own Music Label, a Small OTT platform and a complete mini film industry. By the launch of Adityas Group, no actor, singer or producer will have to smack their heads in fraudulent music companies or distributors. They can arrive at their own production company Adtiyas Group for help any time.

Aditya Sood has had a very fluctuating career throughout his time in the industry. He has given big hits while has also failed to impress the audience at times. We wish him all the success in the future for his upcoming projects and his brand new production house ‘Adityas Group’. 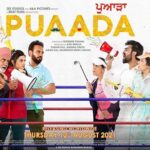 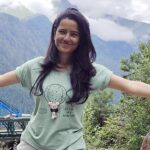