As per the order pronounced by Delhi’s Rouse Avenue District Court, former Haryana CM Om Prakash Chautala has been sentenced to four years in jail in connection with a disproportionate assets (DA) case against him. The court imposed a fine of Rs 50 lakh on the INLD chief and ordered the authorities to confiscate his four properties. Though the Chautala family has slammed this action as a “political vendetta”.

On April 3, 2006, a case was registered against Om Prakash Chautala and others on the allegations that while functioning as chief minister of Haryana from July 24, 1999 to March 5, 2005, in collusion with his family members and others, he had accumulated assets, immovable and movable, disproportionate to his known sources of income, in his name and in the names of his family members and others, and a charge sheet was filed in March 26, 2010, accusing him of amassing assets worth Rs 6.09 crore, much disproportionate to his legitimate income, between 1993 and 2006. In 2019, the Enforcement Directorate (ED) attached his assets worth Rs 3.68 crore, including his flat and plots in New Delhi, Panchkula and Sirsa, under provisions of the Prevention of Money Laundering Act (PMLA).

The 87-year-old leader was released from Tihar jail in July last year on completion of his 10-year jail term in teacher recruitment scam. It is for the second time that he has been sentenced.

Om Prakash Chautala (born 1 January 1935) is a former Chief Minister of Haryana from Indian National Lok Dal and son of 6th Deputy Prime Minister Chaudhary Devi Lal. O P Chautala has been the CM of Haryana five times serving in office for as low as five days to a full-term of five years, including a five-month debut between these two extremes. He has also been a seven-time MLA. When his father Chaudhary Devi Lal went to Delhi as deputy PM in the Janata Dal government, it was Om Pakash Chautala who inherited the Chief Minister’s chair on December 2, 1989. He was required to win an election, and contested a bypoll thrice.

The first bypoll was countermanded following allegations of booth capturing. The second one too was cancelled because of the death of independent candidate Amir Singh. Eventually, it was the third time from Darba Kalan in his home district that Chautala finally won. In 1996 when Justice KN Saikia Commission indicted him as an accessory to murder of his political rival Amir Singh, his party was forced to bring in another CM Banarsi Das Gupta. However, Gupta was replaced by Chautala again in around 2 months on July 2, 1990. But he was forced to quit within five days due to intense pressure from within the party. Hukam Singh took over, but he too had to make way for Chautala eight months later.

This time, Chautala again stayed on as CM from March 2 till April 6, 1991, but his regime was toppled and President’s Rule was imposed. Later in 1999, Chautala, with the BJP behind him, ensured that the Bansi Lal government was brought down. He then completed his next term from July 24, 1999 till March 5, 2005.

When he was caught allegedly involved in smuggling of watches at the Delhi airport, his father Devi Lal announced disowning him. This, of course, was before he picked Chautala to be the state’s CM before moving to Delhi. Even being indicted by an Inquiry Commission as an accessory to murder did not put brakes on his political career. The real jolt came with being convicted in a recruitment scandal. He had to serve 10-year rigorous imprisonment at Tihar jail after he, along with his elder son Ajay Chautala (now national convener of Jannayak Janta Party) and 53 others, was convicted on charges of corruption and criminal conspiracy in appointment of 3,206 JBT teachers. Now, he has again been convicted in the disproportionate assets case. 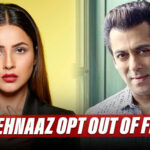 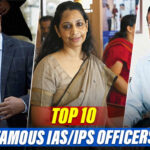