“He who is not everyday conquering some fear has not learned the secret of Life.” One among them is Jody Smith.

At the age of 26, Jody was diagnosed with epilepsy. He’d started experiencing brief, intense emotional sensations that made him feel as though something bad was about to happen, or had just happened, triggering a panicky, fight-or-flight response three times a day. He was troubled by the knowledge that one day he was going to die.

This happened because his dad and his brother both died when he was very young. In any case, the fear of his unavoidable mortality ate his thoughts, hurting him with anxiety and weakening him of his mental energy.

Until his part of the brain has been cut down. Yes, you heard right, his right amygdala, to be exact: a small collection of cells near the base of the organ that includes a person’s threat-response circuitry, analysing sensory information and, in certain situations, activating those emotions that we typically relate with “fear.”

Now, he is 32 and isn’t afraid of anything. He no longer feels fear. Moreover, he discovered these symptoms at a family gathering and, taking a walk outside to get some fresh air, blacked out. Twenty minutes later, he came to and found out he’d been stumbling and crawling around in the neighbor’s yard as if drunk. He hardly remembers it. An epilepsy specialist diagnosed his condition shortly thereafter.

The only solution was surgery. After a surgery, Smith noticed something else: his enduring fear of the chasm had dissolved; he was no longer disturbed by the fact that he would eventually die.

At face value, this appeared to be a positive development. It wasn’t until more than a year after the surgery, however, that he felt the importance to which his fear responses had short-circuited.

In one of his interviews, he says he’s also become much more outgoing and talkative since the operation; his level of nausea and phobia towards mildly unhygienic things has reduced.

He has actually become more careful since having to think consciously and mindfully about potential threats. 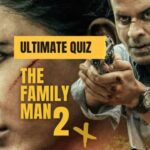 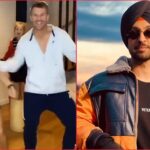