The higher education regulators University Grants Commission (UGC) and All India Council for Technical Education (AICTE) in a joint notification on Friday stated that the Indian students, including overseas citizens of India are advised not to travel to Pakistan for higher education. Such candidates will not be eligible for employment or higher studies in India thereafter. However, this is not applicable to migrants granted citizenship in India.

The latest advisory comes less than a month after the regulatory authorities warned Indian students against studying in China.

As per Mr. Anil Sahasrabudhe, the chairperson of AICTE, the India students need to advised to which institutions and countries they should travel for education so that they won’t land up with degree without parity with Indian regulations.

“All concerned are advised not to travel to Pakistan for pursuing Higher Education. Any Indian national/ Overseas Citizen of India who intends to take admission in any degree college/ educational institution of Pakistan shall not be eligible for seeking employment or higher studies in India on the basis of such educational qualifications (in any subject) acquired in Pakistan”, as stated in the public notice issued on Friday.

“However, migrants and their children who have acquired higher education degree in Pakistan and have been awarded citizenship by India would be eligible for seeking employment in India after obtaining Security Clearance from MHA”, it further added.

Mr. M Jagadesh Kumar, the chairperson of UGC said: “UGC and AICTE issue such public notices in the interest of Indian students who would like to pursue their higher studies outside the country. In the recent past, we have seen how our students had to face difficulties because they could not go back to the foreign countries to continue their studies.”

Advisory against travelling to China for education came after the Chinese government denying visas to India students already pursuing in Chinese universities. 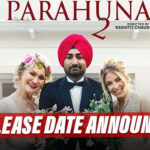 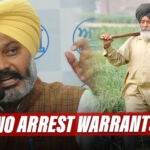