“There are friends,there is a family and then there are friends that become family.” This is the best suitable quote for the iconic friendship of Punjabi industry’s ‘The Landers’. The friendship of this trio always sets a goal. Not only this, their band name The Landers became a youth icon name which is loved and much appreciated by everyone.

But do you know the story behind this name and how it came out? If not, then need not to worry. In one of the Talk Shows, The Landers were asked the same question. To this, they explained that while they came into industry, during that time Guri was not there in their team. In fact they had another friend named Prateek. So, during that time Sukh Kharoud, Davi Singh and Prateek had thought of many names like DSP (Davi Sukh Prateek) and many other funny names.

But nothing goes well. And when they met with Guri and were doing the song ‘Landers’. time one of Guri’s uncles called them landers, so they used this word for themselves in fun. Further, when they went to Sony Music, they asked them about their band name. So, they suggest The Landers (one who lands). The Music company liked this name and as we all know that not only the company but their fans also loved this name.

People now recognise them as The Landers. They loved their quirky and relatable songs, their friendship and their pure relationship. 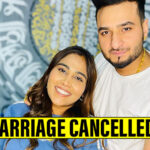