In the 21st century, the recognition of the Sikh Community is not merely limited to India, but the whole world. There have been many occasions when different countries of the world have recognized Sikh Community’s contribution and Fiji is one of them.

Fiji is a country in the South Pacific Region that is made up of 300 different islands. Its currency, the Fijian dollar has a special feature that makes the Sikh Community all around the world extremely proud. The $2 Note of the Fijian Currency, issued by the Fijian Government, features a turban-wearing Sikh Man.

READ ALSO | 7 Books That Are Banned In India, Read To Know Why!

The turban-wearing Sikh Man featured on the Fijian Currency acknowledges the contribution made by the Sikh community to the land of Fiji, for over a century. It is probably the first-ever depiction of a turbaned Sikh man on the currency of a country, anywhere in the world.

A large part of Fiji’s population is Indian-origin. Most of the Indians were brought in the country from 1879 to 1916, as indentured labourers, but most of the Sikhs came in the country as free immigrants. The Sikh Community established itself as farmers, policemen, teachers and preachers in Fiji.

Fiji also has a good number of Gurudwaras in the regions of more concentration of Sikhs. Gurudwara Sahib Samabula, Lautoka Sikh Temple, Tagi Tagi Sikh Temple, Labasa Gurudwara and the most prominent one out of the lot, Guru Ravidass Gurudwara. The presence of a good number of the Sikh religious places is a testimony in itself of the strong Sikh presence in the country. It is an exemplary move by the Fijian government to acknowledge the contribution of Sikhs to the country. 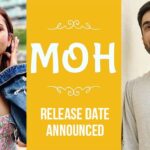 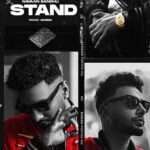