Are you also that person who put the full stop in academics after completing a Master’s or Doctorate In Philosophy? If yes, then you will be surely surprised to know that one Indian has achieved 20 degrees from different universities. Amazed? Yes, we were too. Shrikant Jichkar is termed as the most qualified person of India who appeared for 42 university examinations and cleared 20. Let’s dig more into his life.

Born in a Wealthy farmer’s family in Katol near Nagpur in Maharashtra in 1954, Jichkar was barely 19-year-old when he started his journey in the field of education from 1973 to 1990. He spent all his summers and winters appearing for 42 university exams. While he stood merit in most of his degrees, he also attained several gold medals as well.

His affection for academics can be proved by a larger collection of personal books as he had more than 52,000 books that he kept in his library. Moreover, Jichkar was also a very good photographer and a stage actor.

Speaking of his degrees, here’s the list for the same:

16. D. Litt. Sanskrit – the highest of degrees in a University

Not only was he good in studies but also in politics too. Jichkar was elected as the youngest MLA in the country, at age 26. He got elected to Maharashtra Legislative Assembly in 1980. Also, he became a very powerful minister handling 14 portfolios at the same time.

But destiny had some other plans for Jichkar. On 2nd June 2004, Jichkar (49) while diving back to his friend Shriram Dhawad’s home from his farm near Nagpur, died in a car accident, after a bus crashed into his vehicle. 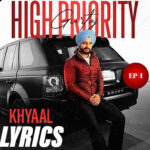 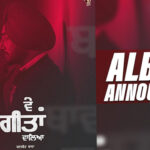