India has a diverse culture in terms of music as well. And we all know music plays a very crucial role in one’s life. It has its own melodies, different music, especially rap. Though people not only admire Indians for the music but also follow international music. Every country has its own music style.

But in today’s era, if you ever observed, international music and musicians are dominating traditional and local music. Due to that people mostly follow International artists. One of those artists is DRAKE. Well, who doesn’t love Drake? He has a pretty much fan base from India, especially Punjab. One such example you can see in the Indo-Canadian movie ‘Speedy Singhs’ aka ‘Breakaway’.

It’s a sports-comedy film released in 2011. The movie is based on a cross-cultural hockey drama set in the Indo-Canadian community of suburban Toronto, Canada. The movie was released in two languages. Moreover, the exciting part of the movie came when there was a Cameo of  Canadian rapper and singer Aubrey Drake Graham, the rapper was seen in the club with some models, and Vinay Virmani came towards him and requested him to meet his fans as they all are great fans of him. He further gave his performance in the same club.

The movie is meant not only for the Indian audience but for non-resident Indians across the world who find it difficult to nestle down in a foreign country and follow their ambition, especially when they have to handle their traditional parents in a western world. Also, there is a cameo of a pop star Ludacris aka Christopher Brian Bridges. 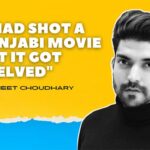 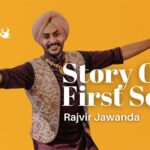