Nikka Zaildar trilogy is one of the most successful Punjabi movie series of all time. Every character in the film performed well but one standout character, that gave Nikka Zaildar a completely different feeling, was Dilip Kaur’s character.

Played by Nirmal Rishi, Dilip Kaur is a fierce, independent woman, who is also the head of the family. You cannot simply disobey this lady. Did you know this character was based on a real life character? Find out who.

Jagdeep Sidhu, the story writer of the series, revealed the real-life character behind Dilip Kaur. Through an Instagram post, the artist revealed that his great-grandmother was the original Dilip Kaur, and she inspired the Nikka Zaildar character.

Though the post is quite an old one, the information is as fresh as new. Do not be surprised to see ‘Bebe’ not carrying a pistol. Jagdeep said that she herself was a pistol and didn’t need to carry one. So, that means she was even more frightening than the Nikka Zaildar character.

We cannot obviously judge the behavior, Jagdeep knows that better, but as far as the looks go, she is completely the ‘Nikka Zaildar waali Bebe’.

Nirmal Rishi played the character so well, it is surely one of the best written and played characters in the whole Punjabi cinema. She might be frightening, but she is lovable at the same time. You cannot just hate Dilip Kaur. 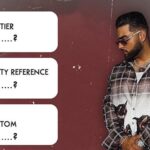 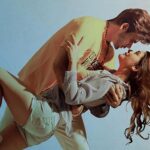