Gitaz Bindrakhia, son of legendary singer Surjit Bindrakhia, had to face a lot of challenges when he was young. But despite everything that happened in his life, he still follows the path of his father, he believes in simplicity and taking the legacy of his father forward with his songs. Like his father, Gitaz also has many songs to his credit including the remix of his father’s hit ‘Yaar Bolda’, Doesn’t matter, Pasand Jatt di and the list goes on.

But there’s a very fascinating story behind his song ‘Pasand Jatt Di’. In one of the talk shows, Bindrakhia revealed that this song is not related to ‘Jatt Di Pasand’ which is sung by his father Surjit Bindrakhia. In fact, they never planned this song. One day he went to Desi Crew’s music studio with lyricist Bunty Bains to discuss his song which was a sad song but they didn’t comprehend how to make a way out of the song.

He further added, in the studio, there’s another singer who is rehearsing his song. Suddenly, Gitaz was told to sing two-three lines from another singer’s song, which coincidentally fit his voice. So this way they recorded the song and released it. And many people assume that the song was another version of ‘Jatt Di Pasand’ which is not true.

Talking about the credits of the songs, Gitaz has sung it,with the lyrics of Bunty Bains and the music of Desi Crew. The video has been released on T-Series Apna Punjab on Youtube. 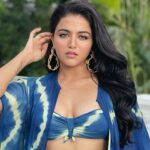 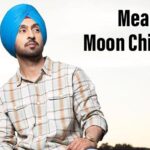