Music producer and rapper Deep Jandu who has marked his name in the Punjabi music industry has lent his hands to the career of Music sensation Sidhu Moosewala. He was the man behind Sidhu’s debut song G-Wagon. The song which attained a lot of appreciation from the audience helped Sidhu to build his career and name in the hearts and minds of people.

Deep, who had entered the industry before Sidhu was asked how he met the latter. To this, he recalled that one of their common friends Harry Preet Singh, a video director, took Sidhu to him. During those days, Sidhu worked for Harry in his shoots, so he was the one who connected him with Deep.

And during that time Sidhu showed his song ‘G-Wagon’ to Deep to which the music producer agreed but he made it clear to Sidhu that they’d be able to give him a song when they’ll be available, as they had a lot of songs queued for release.

Later Deep and his team went to India to work on some other projects, and a couple of months passed. This was the moment when Sidhu called him and told him that the song was leaked. He urged them to release the video because the song was causing a lot of excitement among the audience

ALSO READ | These Best Deep Jandu’s Self-Sung Songs Are What You Need To Listen From His Playlist Currently!

And this is how the very next day, they came out with a finalized version of G-Wagon and after that song, Sidhu Moosewala became an overnight success among the listeners. 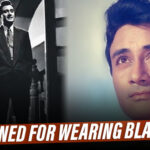 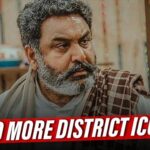