Bollywood actors Ranbir Kapoor and Alia Bhatt have now entered a new phase of their lives as the couple tied the wedding knot on 15 April in a close-knit ceremony. The pictures from their wedding have taken over social media. The grand wedding was attended by only a few guests which included close friends and family members.

The RanAlia wedding festivities started on 14 April with Mehendi and Sangeet ceremonies, but did you know the Bhatt and Kapoor families also had great fun in the Joota Chhupai rasam?

Joota Chhupai is a very popular and much-loved ritual in which the girl’s sisters and family steal the groom’s shoes and demand money to return the same. So, as per reports, the Bhatt family successfully stole Ranbir’s shoes and asked for a whopping amount of 11.5 crores from the Kapoor family.

But after a healthy negotiation, the fun deal was finalized for 1 lakh INR, and the amount was paid by Kapoors to get back the groom Ranbir’s shoes. The stories from inside the wedding celebrations are quite interesting and very engaging to all the RanAlia fans. Earlier, Alia’s brother Rahul Bhatt also revealed the reason behind why the newlywed couple only took 4 pheras in their wedding in place of 7.

Also Read: Not Seven, Ranbir-Alia Actually Only Took Four Pheras! Here Is Why

Mentioning the reception, Ranbir’s mother Neetu Kapoor told the media that all the wedding festivities are now completely over and there is no reception happening. And on the work front, Alia and Ranbir will be seen sharing screens for the first time in their upcoming movie Brahmastra, released on 9 September. 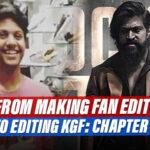