Punjabi actor Jaswinder Bhalla isn’t just an actor for the Punjabi film industry, he has become the face of Punjabi comedy, globally. The recognition and respect he has gained as an artist in the Punjabi cinema is unmatchable.

Jaswinder Bhalla had the chance to earn the same respect and mark his name in the Bollywood industry too, but the actor rejected the offer. Do you know why?

Jaswinder Bhalla was once offered a role in the Bollywood movie, Mela. The movie had Aamir Khan playing the lead role. Jaswinder was offered the role of Inspector Pakkad Singh. Which was later played by veteran comedian Johnny Lever.

Also Read: Here Is What Made Diljit Watch A Movie In Theatre For The First Time

The makers of the movie proposed that the role was specifically crafted for Jaswinder Bhalla. But he turned down the offer. Turning down a Bollywood offer at such an early stage of your career required guts. But why did Bhalla have to reject the offer?

The role wasn’t the only thing the makers of Mela offered the artist. They also had their eyes on Bhalla’s popular series “ Chankatta ”, which they wished to produce under their banner. This was the real reason behind the rejection.

The artist believed that nobody had a better understanding of Punjabi audience and Punjabi culture than him, and thus, he turned down both the offers. To date, Bhalla is offered several roles in Bollywood movies, but his love for the Punjabi cinema keeps him stuck to it. 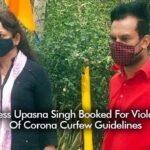 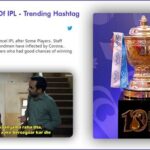