If you are aware of the 1984 American blockbuster film ‘Indiana Jones and the Temple of Doom’ then you must have heard about the character Zalim Singh, a little Maharaja. Singh is the figurehead ruler over the fictional territory of Pankot during British rule in India. If there’s anything the British love, it’s rulers who are virtually worthless but look nice wearing striking headgear.

When the little Maharaja first comes up, he is arrayed in more jewels than Victoria’s Secret fashion show. Not only this, when he speaks, everyone adores him in perfect English. As we’ve said, his “kingdom” is truly being run by the British. Yet when the Maharaja opens his mouth, the table goes silent, and everyone listens.

One of his monologues is very much cherished. It is MAHARAJA: I have heard the evil stories of the Thuggee cult. I thought the stories were told to frighten children. Later, I learnt the Thuggee cult was once real and did unspeakable things. I am ashamed of what happened here so many years ago, and I assure you this will never happen again in my kingdom.

Doesn’t it sound great and well versed? Yes, for us too. The voice has been dubbed by American Voice artist Katie Leigh.

But do you know who the little Maharaja is in the movie? This child actor goes by the name Raj Singh.

Singh is the first British born Sikh actor, who starred as Maharaja Zalim Singh in the opening scene at the dinner table. Other than Indiana Jones and the Temple of Doom, he also featured in Kranti (1981) and Agneepath (1990). The actor now lives in Chicago IL and works as an Air Traffic Control Coordinator for the United States.

Meanwhile, the story revolves around the Indiana Jones who arrived to India and is asked by desperate villagers to find a mystical stone and rescue their children from a Thuggee Cult (Amrish Puri) practicing child slavery, Boack magic and ritualistic human sacrifice in honor of the goddess, Kali. The film is directed by Steve Speilberg. 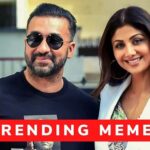 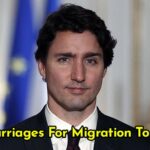