The very popular and much loved singer and songwriter Garry Sandhu is favourite of all of us. He has been entertaining us for years now. Be it his superhit tracks or live shows, we enjoy his performances every single time.

But do you know once Garry Sandhu refused to have a Channel’s branding on his mic during his performance in a live show?

If you have attended a live or watched it somewhere before then you must know that the artists are handed over mics with special branding of the channel name.

A video is going viral on social media of one such event in which Garry Sandhu is seen removing the branding of the mic and complaining that the channel never plays his song, hence we will also not have this (branding) on our mic.

The video is being shared by various meme pages and fan accounts. People are laughing over it and also appreciating Garry Sandhu for being very straight forward. 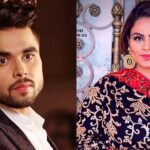 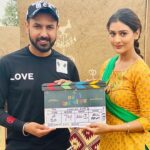