Sharry Maan is popular among fans for various reasons. Undoubtedly he is a great singer, performer and an actor too, but we can never argue against the fact that he is an amazing human being as well. His personality is entertaining and equally interesting which makes him a perfect public figure. And this is exactly what Bigg Boss looks for when it comes to inviting celebrities to participate in the most popular television reality show.

You might not know it, but Sharry Maan was also offered to participate in Bigg Boss, but the Punjabi superstar chose to stay out of it. And there was not a single, but multiple reason behind it.

In an interview, Sharry revealed that he didn’t accept the offer of Bigg Boss because it’s hard for him to leave Chandigarh and stay in Mumbai, and also because he feels Mumbai stinks like a fish most of the time which he doesn’t like. Talking about the other reason he stated that Bigg Boss is a place where they present the past and entire life of the participants to the audience. And also because Bigg Boss created and then sells the same controversies. After all this, he headed towards the serious reason behind him rejecting Bigg Boss, he stated that he feels he is not perfect for Bigg Boss because he is a kind of person who enjoys his company and doesn’t feel he requires the show.

He said in no way he is against Bigg Boss of Mumbai, because he believes, both Bigg Boss and Mumbai have helped various artists build their career and achieve their dreams.

By the way, we personally believe it would be an amazing experience for the Bigg Boss fans if they get to see and know Sharry Maan. 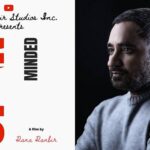 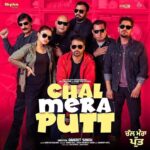