The popular and love actor of Bollywood late Sushant Singh Rajput left the world exactly an year ago today. His fans are fondly remembering his contribution in Indian Film Industry and entertaining them.

He had started his career as a theatre actor until he was offered his debut role in Kis Desh Mein Hai Meraa Dil. But he rose to fame after his performance in popular Television daily soap Pavitra Rishta opposite his ex-girlfriend Ankita Lokhande. Anf after this he stepped into Bollywood Industry.

But here we are talking about his other television performance in popular tv show CID. Though he wasn’t part of the cast of the show, he appeared in an episode as a detective. The sole purpose of this was to promote his fourth movie Detective Byomkesh Bakshy.

The special episode showed Sushant Singh Rajput collaborating with Dr. Pradyuman to solve a typical case. The episode is available on YouTube and you can watch it here;

Sushant Singh Rajput made his debut in Bollywood in 2013 with the superhit film Kai Po Che, followed by Shuddh Desi Romance in the same year. He has entertained fans with some of his very amazing performances in movies like M.S. Dhoni: The Untold Story, Kedarnath, Chhichhore and Dil Bechara.

And unfortunate is the fact that he taught fans that suicide is not the solution for any problem but ended his life with suicide. His sudden demise left the nation shocked and disturbed. The fans are still not able to believe the fact that he is ko more with us.

Here is a video created by RK Aadil which portrays the entire film journey of Sushant and this video is really very emotional.

He is missed and will be missed forever. He was a gem and the case of his mysterious demise is still over and under investigation. 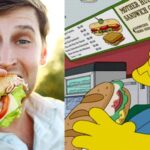 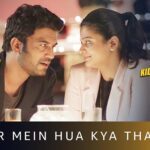