In today’s world, Canada is one of the fastest-growing countries. It offers a number of beneficial programs for its citizens that every person has a hidden admiration for. But like every other country, a part of its history is heinous.

But do you know that in ancient times, the Residential schools of Canada were nothing but prisons?

Remains of 215 children had been found buried in the residential school of Kamloops, Canada.

Kamloops Residential School was the largest residential school in Canada established in 1890 and operated until 1969. Hundreds of indigenous children enrolled in the school. In the 1920s, a law was enforced under which children were forcibly removed from their homes and put in the school. Their idea was to create acculturating native children. The students were not allowed to follow their culture, their language, and their customs. Many children died given the rampant sexual and physical abuse in residential schools.

The school was not receiving any funding from the government or anywhere else, resultantly it was not less than an infectious house.

It is one of the reasons native citizens hate Christopher Columbus and do not celebrate Canada day.

We don’t think many people knew this secret before. Did you? 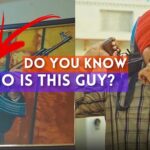 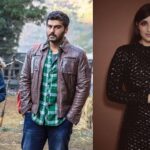