No one can deny the fact that KGF: Chapter 2 is the most successful, talked about and appreciated movie of the current time. The film crossed the mark of 500 crores only within 4 days of its release and this collection undoubtedly is very huge.

The film is the second installment of the superhit film KGF: Chapter 1 which was released in 2018. It stars Yash in the leading role as Rocky Bhai who has become the ultimate favorite of the fans. From social media trends, to fan arts and extreme popularity, he has earned all with KGF: Chapter 2. Apart from him, the film also stars Sanjay Dutt as the lead antagonist, Raveena Tandon and Srinidhi Shetty and pivotal roles.

Also Read: KGF Chapter 2: The New Talk Of Town! Here Is Why You Must Watch It Too

The film is soon going to enter the 1000 crores club, but do you know what amount of fees has been charged by the team of KGF: Chapter 2? Starting with the rocking star; Yash, he has charged a whopping amount of 30 crores. It is said that Yash was paid 15 crores for the film’s first installment, but after its massive success, his fee was doubled for chapter 2.

After Yash, the list of highest-paid actors of KGF: Chapter 2 is followed by film’s ace director Prashanth Neel who was paid 15 crores. The list continues with Sanjay Dutt. Baba has already proved his worth in Bollywood but has marked his debut in the south industry with this film. He played the antagonist Adheera and was paid a fee of rupees 9 crores.

Also Read: Do You Know KGF Is A Real Place? 5 Interesting Facts
After Yash, Neel and Dutt, here comes the female stars of the film; Srinidhi Shetty and Raveena Tandon. Srinidhi played the love interest of the leading star Yash and charged 3 crores for the same. On the other hand, Raveena Tandon was seen playing the Prime Minister of India in an extended cameo and was paid 1.5 crores.

Also, it is said that Yash and Prashanth will also be sharing the profits of the blockbuster film. And they truly deserve all the name and fame they are being showered with. 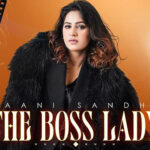