Deepika Padukone, Ananya Pandey and Siddhant Chaturvedi’s film Gehraiyaan seem to be the hot topic right now. The audiences might be divided in critiquing or praising the varied nuances of the movie. But apart from that, all eyes were fixated on Tia’s (Ananya Pandey) luxurious Alibaug villa.

For your knowledge, we must enlighten you that the Alibaug villa is actually a boutique hotel in Goa named Ahilya by the Sea. The very talented director of the movie, Shakun Batra shot the film in the first half of the pandemic. This meant that the cast and crew weren’t diving onto flights for shoot schedules. In fact, a large part of the movie’s climacteric scenes flared at the Alibaug villa itself. Whether it was the celebration of Alisha’s birthday, Karan mortgaging the home, their villa was at the center of the act.

The location aka Ahilya By The Sea plays a central role in opening up the plotline of duplicity in the movie. Talking about Ahilya By The Sea, the hotel has nine rooms wherein three rooms are villas with a breath-taking view of the sea. The property also has beautiful sloping gardens and a spa. The boutique hotel is located in Nerul, Goa and is rented out at varying prices.

Here’re some adoring pictures of the hotel:

Now, speaking of the film, it revolves around the concept of complex relationships, the aftermath of trauma and adultery. The movie also has become the first of its kind to rope in an intimate director for its scenes. 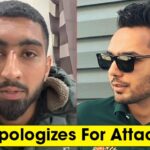 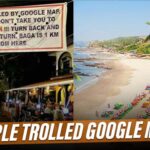