Nation’s crush Kiara Advani has marked her name with her Bollywood debut Fugly. And after each passing film, Kiara proved that she is more than just a typical B’Town beauty. No doubt, she deserves every bit of love she gets from fans but did you know, Salman Khan has a major role to play in Kiara’s career?

Shershaah star Kiara has to change her name as suggested by Salman Khan. But the reason behind the same will definitely surprise you. Speaking of her real name, Kiara was named Aaliya Advani by her parents but she changed to Kiara before debuting in Bollywood.

Salman Khan who has been supportive since day one of her career thought Aaliya name would create a clash with Alia Bhatt and there would be no uniqueness. And speaking of the name ‘Kiara’, the actress shares that her new name ‘Kiara’ was inspired by Priyanka Chopra’s character Kiara in the film Anjaana Anjaani. The 2010 film starred Priyanka Chopra and Ranbir Kapoor in lead roles.

She even disclosed that her parents now call her Kiara instead of Aaliya. And the actress who became the nation’s crush is actually encouraged by Salman Khan’s advice and it seems, Dabangg star’s advice has proved to be beneficial for Kiara! 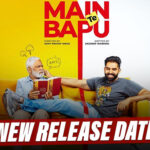 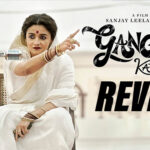