Released in 2012, Hollywood film Dictator, directed by Larry Charles and starring Sacha Baron Cohen in the lead role, is a satirical comedy gold. We all have once in our lifetime, watched the absolute explosion of comedy and laughter and enjoyed it. But, we let something amazing go unnoticed!

In the official trailer of the film, the all-time Punjabi classical hit, ‘Mundian To Bach Ke’, can be heard playing in the background.

Mundian To Bach Ke is a Punjabi Classic by Punjabi MC. The song has even got a remake featured in the Tiger Shroff and Disha Patani starrer bollywood movie Baaghi 2.

The movie Dictator was a political satire mixed with hilarious comedy. The film has received overall positive reviews from the audience and critics and people enjoy watching it till date, 8 years after its release. A movie of such stature has the song ‘Mundian To Bach Ke’ as its feature song for the trailer.

It is rightly said music has no boundaries. An english song can go on to crash records in an arabic country, a punjabi song can be the hottest song in America, a Spanish song can become the most viewed song on youtube, and a punjabi classic can be featured in a Hollywood english film. 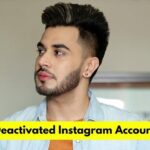 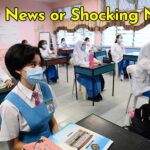