One of the versatile singers of the punjabi music industry Rajvir Jawanda is a complete star in the entertainment world. He is one of those artists who reflect and define his royalty in his songs.

Not even this he is a great inspiration for many youngsters as the singer was once the cop in Punjab police, but he decides to follow his passion and dreams. Many think that he entered the industry with his superior track ‘Kangani’ which is not true. So, without wasting a time, let’s know about the singer’s journey.

Rajvir Jawanda once said in an interview that his first song was ‘Dug Dug wale yaar’, which was released in 2015. One day the singer and his friends planned to go up hills and during their trip, they shot a video for the song and uploaded it on YouTube.

After that, they started getting calls from some music companies, asking him to record the songs for them. But he said some of the people from the company demotivated him and said that he still needs some practice, more hard work and his voice does not match their level. For your knowledge, we must tell you that Jawanda is a great singer and performed folk songs during his college days.

After that, he met Mr Jasvirpal Singh, owner of Jass Records and started working with him. He further presents many songs under his production.

Rajvir Jawanda is a talented singer as well as an actor. As he dropped his toes into Pollywood acting. 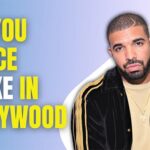 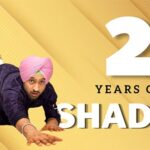