Kulwinder Billa is one of the very popular and loved singers of Punjabi Music Industry. But just like many of us, he also used to sing as a hobby. Though he was passionate about singing, he never thought he could make a profession out of this. In fact you will be surprised to know his first song; “Kaale Rang Da Yaar” which was a superhit was just a demo recording itself.

In an interview, Kulwinder Billa revealed that he used to sing in college competitions and functions, when his college registrar gave him lyrics of a song and asked him to record it. Then Billa recorded the song at a studio in one take. He himself liked the recording so much that he saved the track in his phone and got the track copied in 2-3 CDs for college authorities.

Kulwinder also sent the track to one of his friends who was dark in complexion. His friends also liked the track and appreciated Billa. Slowly the track went viral through Bluetooth, and there was a buzz about it. People around had listened to the song and were discussing whether the song is Feroz Khan’s or some other artist. 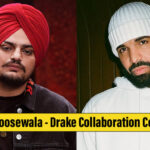 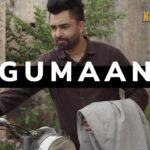